I managed to slip in a little felting during the past holiday season. I had the urge to play with felt and create a holiday card or two for a special friend.  I started with a desired card size, laid out my merino wool fibers in 3 layers, then wet felted the fibers until I reduced the size by 30 percent. It took quite a bit of rolling to get the size down and I would have been just as happy to have it be less dense and spend less time doing it.

I fused the felt to a thin piece of interfacing for added stability. Next, I needle felted some additional dyed wool nepps in the flower center.  The nepps are little felted balls of short fibers created when a second pass of the sheep shears is made. I placed a single layer of plastic bag over the felted piece and drew on the plastic with a dark marker to create a plan for my machine stitched lines. I did not stitch through the plastic.

I also felted a separate piece of red felt, stitched some small petals and needle felted them in place. After the stitching was completed and additional nepps were added, I fused the felt to card stock using an iron and fusible web.

I am so happy to be here on my new site for my first post of 2015! I’ve been working with Holly Knott of Holly Knott Designs. She’s a Pro and has been great to work with. I’ve appreciated her patient explanations as we worked toward a common understanding of what we were each thinking. The desktop patterns, tools, supplies and items came from photographs that I provided. She did the hard work of making things right for the images and the site.

I used a previously carved repeating stamp for the patterned area of my home page. It’s shown in the photo below on top of the beginning drawings for our planned garage and studio. We’re both wanting to get it all built in 2015. Tam is tired of working on vehicles in the rain and snow and I would really like to move my supplies out of our living spaces. Just one of so many projects on my list for 2015! 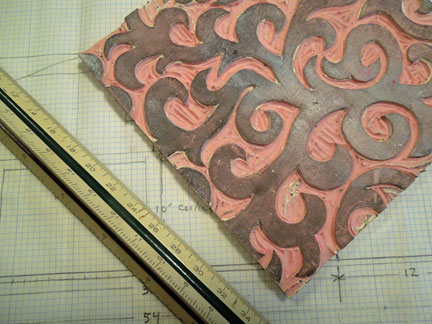 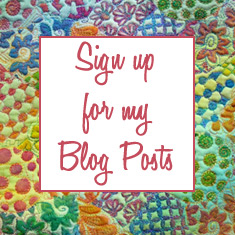 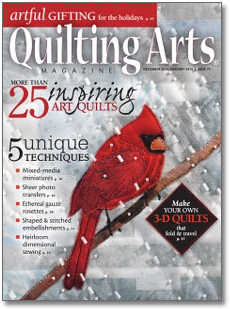 See my article in the Dec/Jan 2014-15 issue of Quilting Arts Magazine!